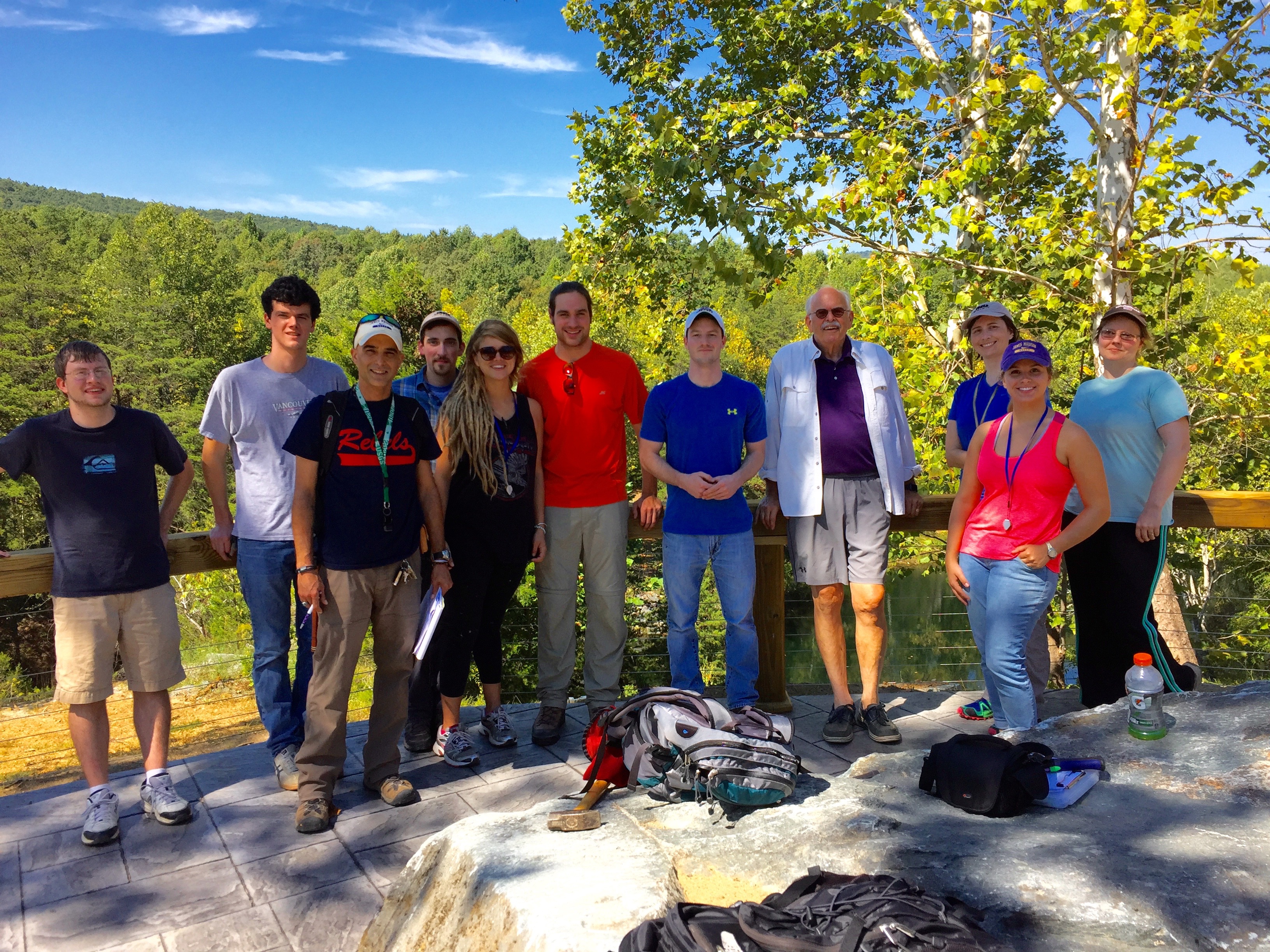 With the nice weather of the past couple of weeks, considerable progress has been made in several crucial areas. First, the walking path around both quarries is now completed with the exception of several areas of stone steps still needed. Second, the new area set aside for equipment storage has been cleaned out in preparation for the commencement of building there. Third, the parking lot has been slightly reengineered and spaces provided for about 12 cars and a bus. 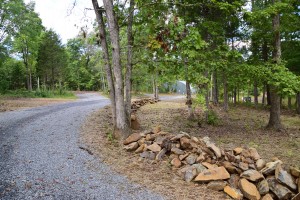 Fourth, the dressed stone path between the Quonset hut (administration building) and the viewing platform has been finished. 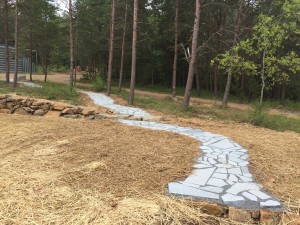 On Saturday the 19th, we hosted a field trip from some geology students at James Madison University who were interested in studying the composition of our soapstone rocks. They pointed out some odd inclusions (small-scale) in one of the sitting rocks at the viewing platform. It looks like a bit of turquoise similar to that found in our tree plantations on Ball Mountain. Always something interesting to learn from field trips. 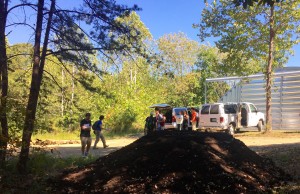 Five pits were quarried here; now there are two large water-filled holes on either side of a rock pile that extends from some 90 feet below grade to some 60 feet above. At the base of the rocks is a small wetland, and two weeks ago planting began there: 364 plants, 17 species, including cardinal flower, swamp milkweed, great blue lobelia, sensitive fern, and wild hydrangea. “Keepers” found on and near the site included—growing among the rocks about six feet up—two, perhaps three, species of white spiranthes spiralis: small wild lady’s-tresses orchids whose blossoms spiral around their stems. (Also noted: medicinal leeches, Carolina satyr butterflies, and a saddleback (stinging caterpillar.) 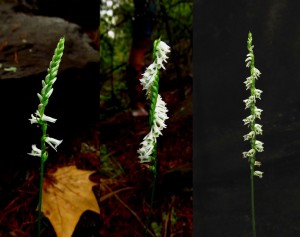 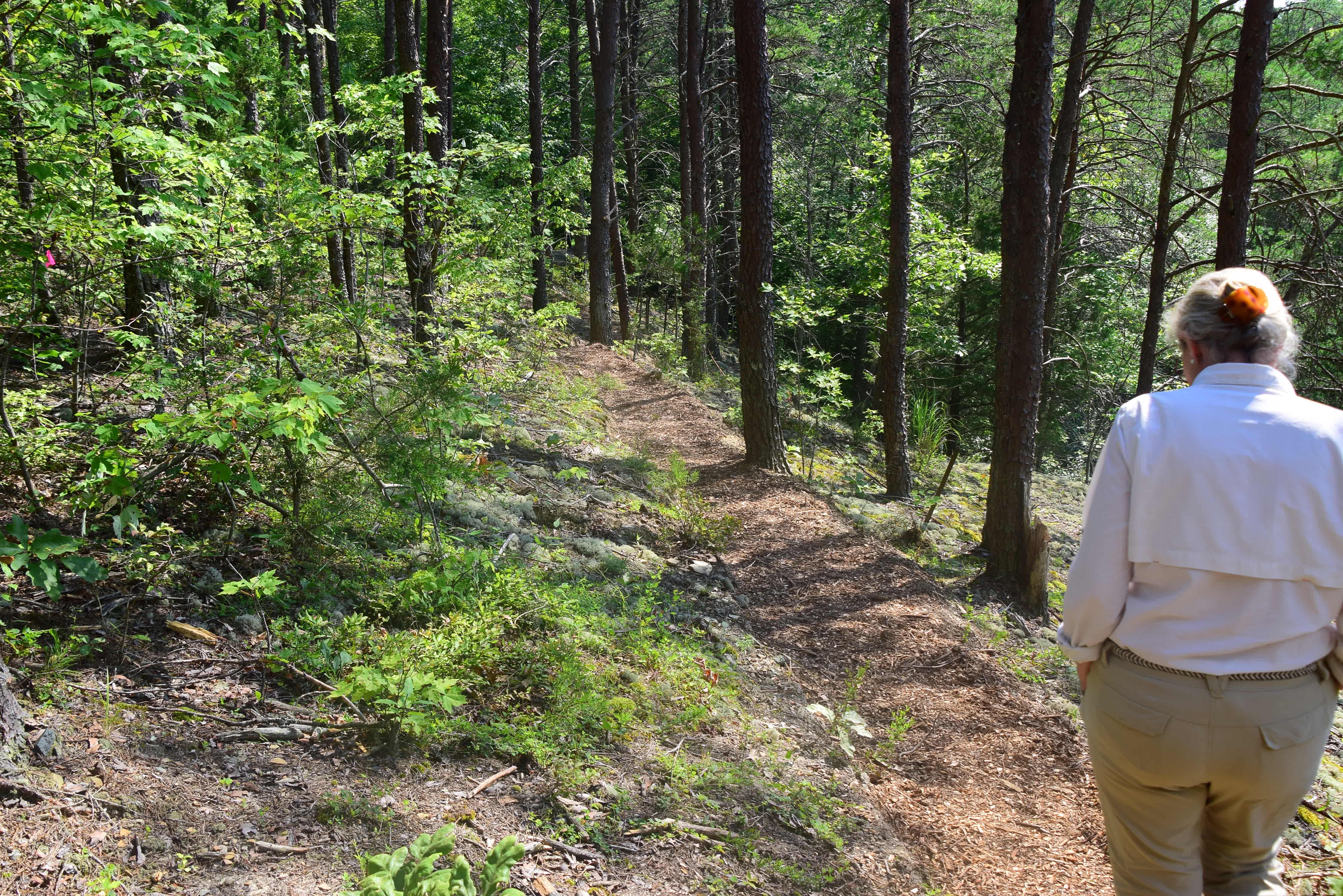 Just a brief note. The walking path is starting to take shape. The first section along the top of the south quarry goes through an ecologically sensitive area of reindeer lichen (Devin says it is the largest he has ever seen) so instead of making the path with the Bobcat, which makes a cut 6’7” wide, we decided to cut it by hand and make it of wood chips. 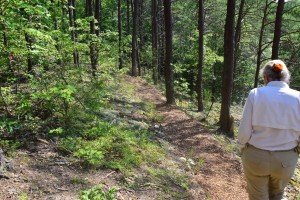 Among other things that require improvement I Henry, the Model T. They were (and are) great cars, but are not really suited to going slowly on hilly ground. In the picture below, Henry is being sent off to Waynesboro to get an alternator, disk brakes, a water pump, a two-speed transmission, and other improvements. Should be back before winter sets in. 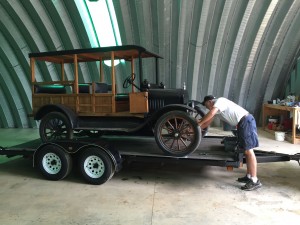 Henry going off for repairs.