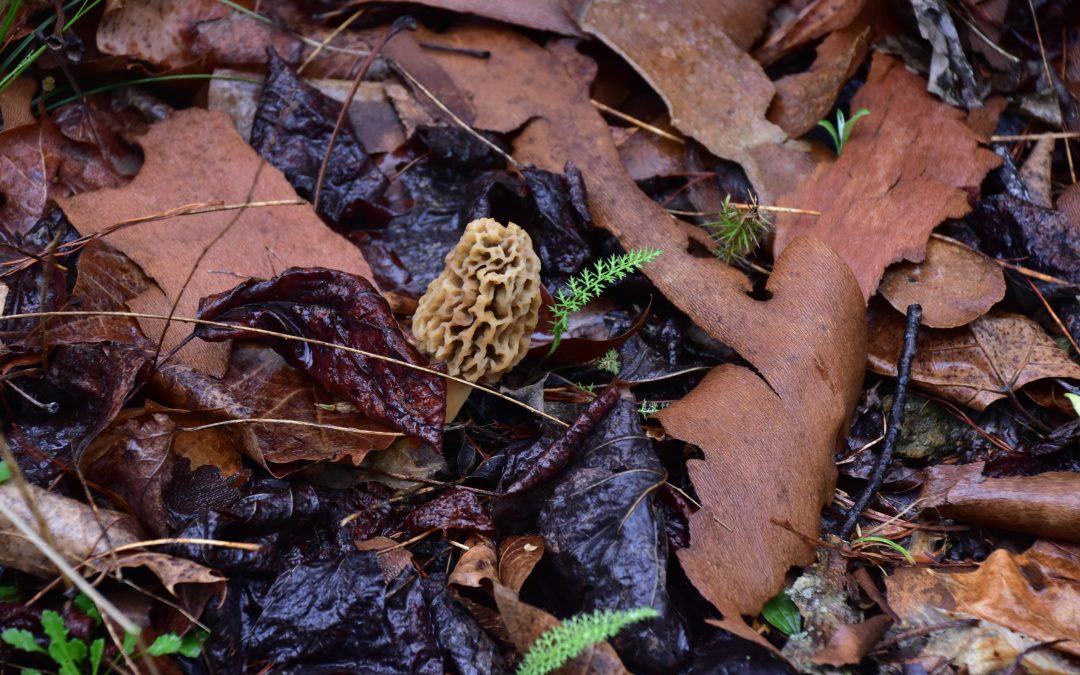 Morels and other fungi

Last week, we had hard rains on Monday and again on Thursday, and on trips around the quarries on the days following the rains, we discovered morels (and other fungi—see below). Here are three nice ones: 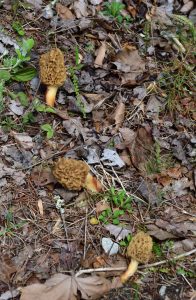 We collected about two dozen from along the trails, and then our friends Nina and Forrest expanded the search to our property adjacent to the Quarry Gardens. One of the ones they found was next to a showy orchid in bud: 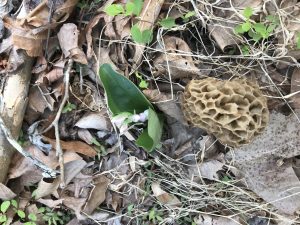 They amassed quite a pile of large morels. Here are some of them with Nina’s  hand for scale: 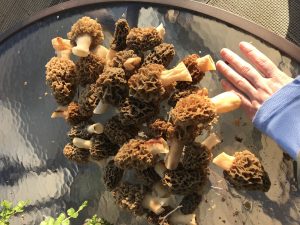 About an hour later we put our two piles together and used some for a really nice meal of morels with homemade ricotta gnocchi, peas and asparagus. The rest, separately frozen on trays, are bagged in the freezer for future delights.

Apparently the mycological community can’t agree on the number of species of morels (properly “morchella”). They are “subject to intense phylogenetic, biogeographical, toxonomical, and nomenclatural studies,” and according to Wilipedia the consensus of experts is that there are as few as 3 to as many as 30 species, but also that there are perhaps really 70 distinct species with several new ones reported from countries around the world. (And you thought that keeping up with the changing Latin names of wildflowers was tough.) Fortunately, all of them taste good, but you are cautioned to not eat them raw. If you want to know more about them, there is a website, morels.com, which keeps track of where and when morels appear and seems to have thousands of active followers.

In addition to the morels, we also found some less appetizing fungi like the three below: 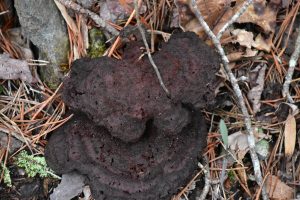 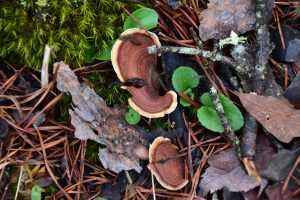 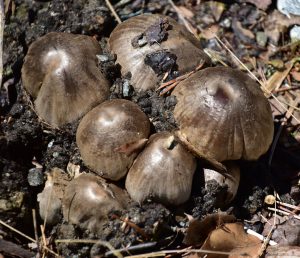 We did not collect or try to eat any of these.