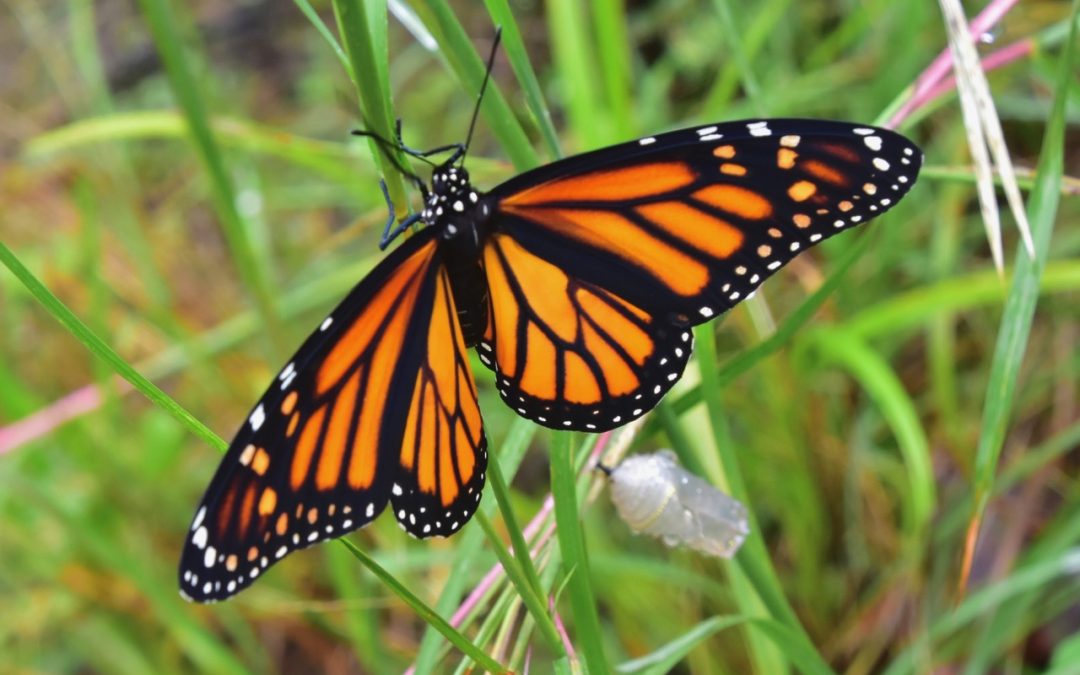 Between showers this afternoon, we checked on them. One had apparently flown, leaving behind a ragged shell. Two were slowly drying and trying their wings in the mist. One has yet to emerge, but through the case, we can see the faintest stripes, which means it won’t be long. 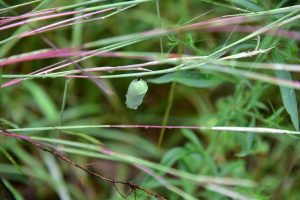 The pupa seems entirely too small to contain all that butterfly—as if the metamorphosis were not enough of a miracle. Note the very faint lines visible through this one.

Next, a newly hatched monarch just out and still drying its wings. 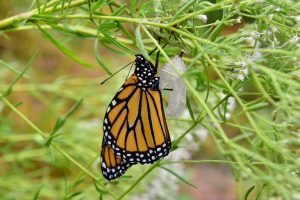 Thrilling to see them, and to know their plan. Unlike the season’s previous three generations, which live no more than six weeks, these butterflies will migrate—up to 3,000 miles—to warmer climates and live for six to eight months until time to come north again.

In an earlier stage, before pupation, they were caterpillars, like this one.

The caterpillar is a voracious eater capable of consuming an entire common milkweed leaf in less than five minutes. In the process they gain a poisonous defense against vertebrate predators such as frogs and birds.  (This one was in the house garden last year, but succumbed to a praying mantis, against whom its defenses were ineffective.)

Here is the scene, the garden at the side of the Visitor Center near the loop road, where the monarchs emerged. 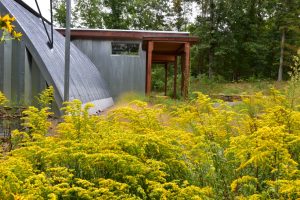