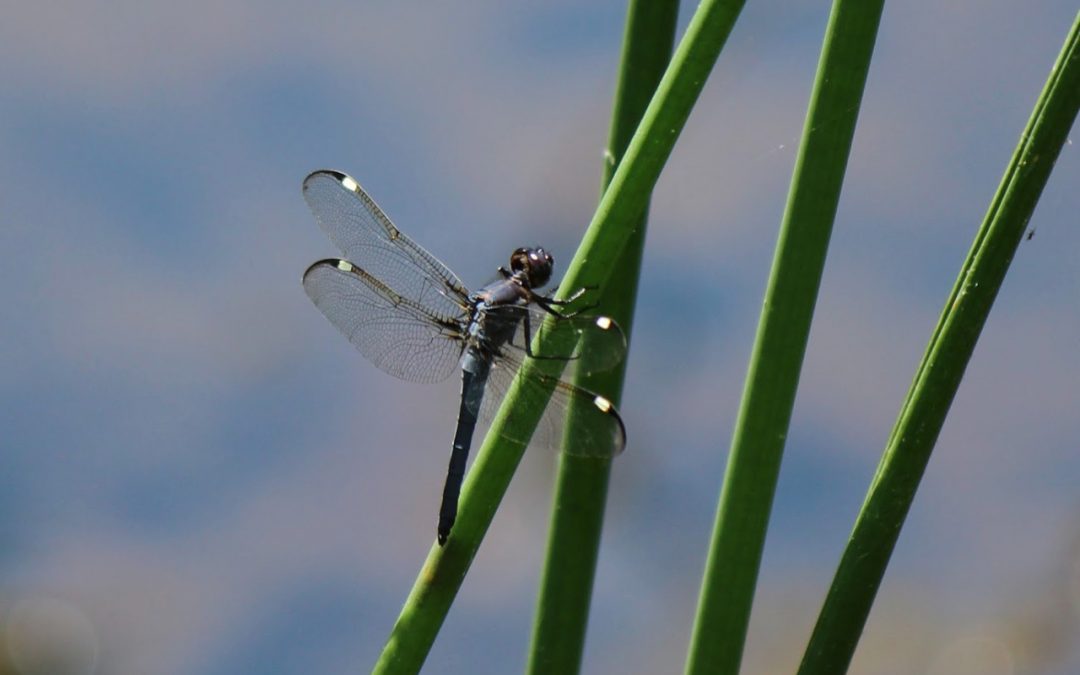 An Ode to Odonates

Odonates—dragonflies and damselflies—those jeweled carnivores of the summer air, are in abundance at The Quarry Gardens now. This past week, some “ode” enthusiasts brought cameras to capture them.

Along with the large quarry pools, several swales, vernal pools, and a lively creek attract the aerialists. The permanent wetland between quarries—where blue Pickerel weed and White waterlilies bloom among rushes and sedges—fairly hums with their cruising flights. (A reason we have relatively few mosquitoes here.)

What’s the difference between a dragonfly and a damselfly? Both have two pairs of elongated membranous wings. In dragonflies  the rear wings are larger than the front pair and have a broader base; damselflies’ front and rear wings are similar in shape and narrower at the base. Also, dragonflies lack hinges that enable them to fold their wings together (a feature that allows them to fly faster than damselflies). They are easiest to tell apart  when at rest: Dragonflies’ wings are spread and damselflies’ wings are typically folded back along their bodies.

This Variable dancer damselfly (Argia fumipennis), wings folded, was caught by Emily Luebke during an early survey of QGs biota.

Both have very large compound eyes covering most of their heads.  It is said that about 80% of their brains are given to analyzing visual information—allowing them to both capture prey and elude predators while in flight.

Caught by Cindy Andrews, this view of an Eastern pondhawk (Erithemis simplicicollis), shows an eye that would be useful to an animal that can fly both forward and backward. . . .

. . . as does Cindy’s image of a Banded pennant (Celithemis fasciata)

While these sightings added no new species to our biota—which currently lists 39 species of odonates—the images made a fine addition to our photographic collection, for which we are grateful.