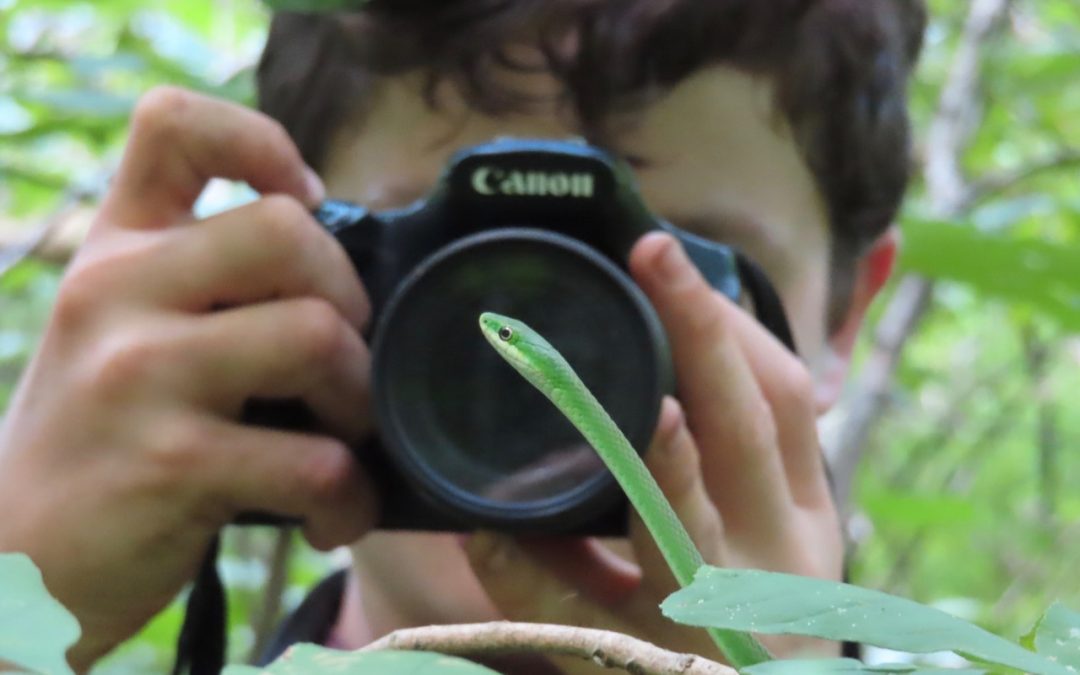 The Quarry Gardens’ 40 acres are buffered by a 400-acre Virginia Outdoors conservation easement. That land includes three forest community types fronting the Rockfish River, where Devin Floyd, of the Center for Urban Habitats, led a survey team of six in August.

Above is a Rough green snake, Opheodrys aestivus, having its portrait made by Theo Staengl. The green snake was one of nine reptiles or amphibians observed in the two-day survey. The survey team also included field technicians/photographers Ezra Staengl, Drew Chaney, Olivia Lewis, and Emily Luebke.

The forest community types—Acidic Cliffs, Hemlock-Hardwood Bluffs, and Boulderfield Forest—are steep and generally north-facing. They host a number of plant species more typical of the Appalachian mountains to the west, only rarely found and poorly documented in the Piedmont.

These images by Devin show a section of the cliffs from below and above (the tiny blue dot on the left side of the lower right photo is one of the crew). At top left, the Smooth solomon’s seal, Polygonatum biflorum, caught by Ezra reveals seldom-seen seeds where twin white flowers bloomed in April. 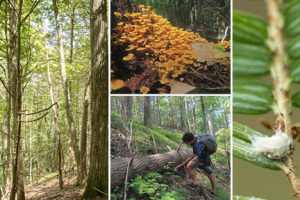 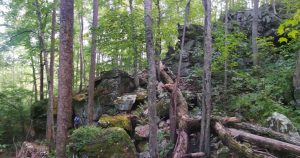 The acidic Boulderfield forest, estimated at 90-120 years old, is dominated by a canopy of Umbrella magnolia and Red maple with large colonies of  evergreen Intermediate woodfern on the floor—and little in between. Native Red mulberry and Ilex montana (normally a mountain species) were noted in the survey plot and Pinxterbloom azalea and hybrid Highbush blueberry outside of it. Note the tiny surveyer in blue at lower left; photo by Devin. 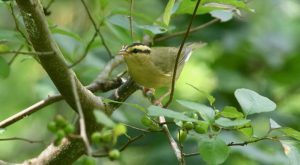 Thirty species of birds were noted including the Worm-eating warbler, above, along with Hooded warbler, Black-and-white warbler, Louisiana waterthrush, and the first Great egret seen on the property. 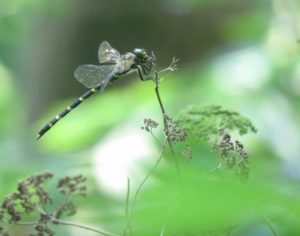 The surveys captured a number of species new to the property record, and one—Kral’s sedge, Carex kraliana—county first.